Save Money By Installing Aluminum Seals Instead Of Bronze Ones

Seals used in the manufacturing industry are small and don't cost much compared to other equipment. In today's difficult economic climate, though, no company can afford to waste money -- even if it's only a little that's spent on a small part. If you run a manufacturing facility, save your company money by purchasing aluminum seals, instead of bronze ones, for your compressors.

Aluminum Seals Are Cheaper Than Bronze Ones

The cost of compressor seals varies, but aluminum seals are consistently less expensive than bronze ones, because aluminum costs less that bronze. At the time of writing, for example, aluminum was going for less than $0.675 per pound, according to InfoMine. Copper, which is the main metal in bronze, was priced at more than $2.20 per pound. Manufacturers of compressor seals can't afford to sell bronze seals at aluminum-seal prices, because bronze is a much more expensive raw material to work with.

Therefore, your company can save money by using aluminum seals in compressors rather than bronze ones. The savings won't be astronomical, but they will help you reduce costs a little.

Neither of these benefits translates to producing better compressor seals, though. Seals keep compressors under high pressures, but they typically don't see high temperatures, rendering the higher melting point of bronze insignificant. Even several hundred degrees is still well below aluminum's melting point. Moreover, there's little reason to weld a broken seal, as it will be difficult to create an air-tight fit with a welded seal, and new ones are inexpensive.

Thus, even though bronze has some advantages over aluminum, these benefits aren't important. They don't justify paying more for bronze seals.

If your company is going bankrupt, you won't right its finances by using aluminum seals instead of bronze ones in your facility's compressors. You can save your company a little bit, however, by using the less-expensive aluminum seals. If you have many compressors or go through seals frequently, these savings may add up and have a noticeable positive impact on your company's bottom line. In today's economic climate, every amount saved could be significant, no matter how little it is. 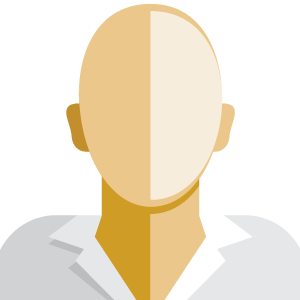 Hello. My name is Jonathan Miller. I am a purchasing agent for a large factory that produces and packages equipment for a number of different industries. My job is to purchase the supplies for our company. This means I have to be familiar with not only the office necessities but the factory equipment too. I love my job. I find the factory to be quite amazing. We have conveyor belts, hoists, cranes; you name it. We have all the big fun stuff! I would like to share more about my job with you. In particular I would like to share more about the purchasing of the industrial equipment. If you are in the field, I hope you find what I share to be helpful. If you aren’t, I hope you find it to be as fascinating as I do.